From the 2nd till the 4th of August, Beta 80 Group took part as a first time exhibitor at the APCO 2014 – 80th Annual Conference & Expo. Among another 265 exhibitors on the Public Safety field, Beta 80 Group had the opportunity to show its iO CAD system to the American market, at the Ernest N. Morial Convention Center, in New Orleans, Louisiana.

During two days of events, Beta 80 Group proposed a different activity at its booth: a game with an iPhone as a prize for the winner. The contest was called “The Fastest Dispatcher Contest” and consisted on an incident simulation supposed to be managed by the booth visitors by using the iO CAD platform. As a dispatcher, the visitor was asked to pick up the simulated call, fill up the incident form and dispatch the most appropriate resources to that specific event. The fastest and the most efficient dispatcher would be the contest winner.

Twenty-two visitors took part on the game, with an average time of one minute and 30 seconds from the call-picking till the actual resources dispatch. However, Kacie Perault, a dispatcher from West Baton Rouge 9-1-1, was the contest winner by completing the game in only 41 seconds.

Congratulations from the Beta 80 Group and iO’s team, Kacie! 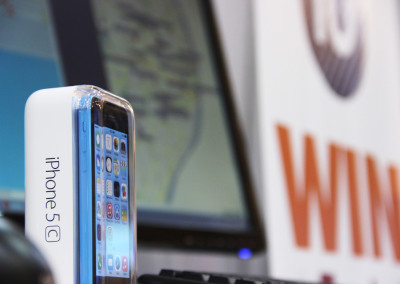 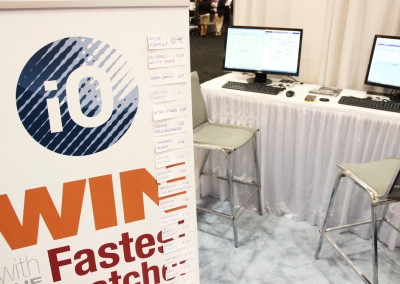 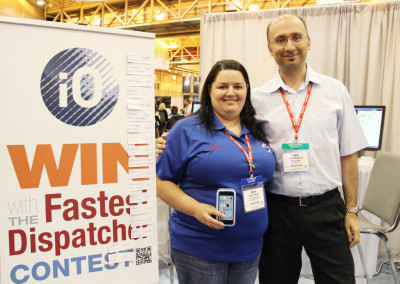